Cross-posted from 43Things— Now with extra edits here on the WordPress entry!

1. WordPress bloggers are working on goals and I have reasons to use 43Things again.
a. Building Rome from Bradley “Green Embers” Corbett

Bradley knows about 43Things and I told him I’d use it while participating in this project.  I am confused about whether this week is about passion, or reaching out, or both.
b. Ten Things of Thankful from Lizzi at Considerings

Lizzi’s series was what originally reminded me, “Hey, I’m involved in a goal at 43T just like this!”

2. I still have a TENS unit I can use although I will have to send it back

4. The chore boards Cimmy got for her and the kids (don’t worry, I have my task lists too) AND she agreed to review chores again today

5. Cimmy is reading to me “The Complete Idiot’s Guide to Verbal Self-Defense” even though the book isn’t very good (at least compared to “Verbal Judo: The Gentle Art of Persuasion”)

6. Cimmy still laughs when I fart, like just now

My mother told me no nice girl would want to marry a guy who burped, and farted… Guess I showed her.

7. For that matter, Princess usually laughs when either of us fart

and your loved ones laugh about it. 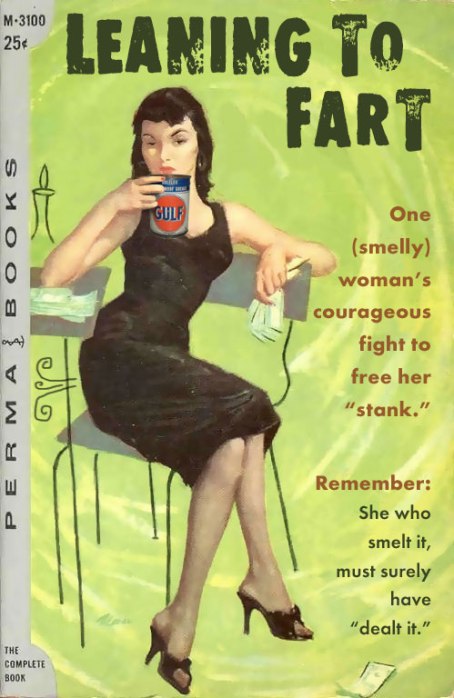 Actually, this is more the exchange I have with both Princess AND Cimmy. But more often Princess. Dayum!

8. Irrigation is back on! SeeWater returned to some KID customers in east Kennewick, Finley 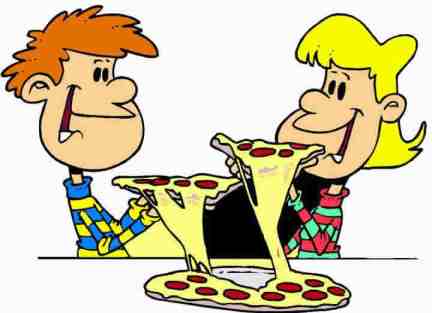 Not homemade, not delivery, but DiGorno.

which, coincidentally enough, makes me fart

See more progress on: Daily: Reflect on 5 things for which I’m grateful.

If you’ve followed me since VOX, dear readers, you might remember my “Roll Call” posts.  I can’t remember if they were all titled “Roll Call”, but… that is what I will call them now.

I’m overdue for one of them.  No, it’s not where I ask “Hey, if you’re lurking, comment!”  Instead, since I’m doing a lot of commenting lately, and not so much posting of my own here.  I’ve been overwhelmed with life, and it’s been harder to get my creative juices going for Monomyth subjects.  Yet I realized I could share what blogs I’ve been following and the discussions I’ve been engaged in at those blogs.

It’s not a comprehensive list, so I hope you won’t be offended if I don’t list your blog!

Aussa Lorens is HACKER. NINJA. HOOKER. SPY.  I admit that this blog is a guilty pleasure of sorts, as it’s about equal parts dishy, dark humor, and comic disaster.  What drew me in was her thoughts on working in the psych ward, and I have first-hand experience as a patient.  Sometimes, you’ve just got to tell it like it is!  Also, she seems like a lot of red-haired women I know: memorable, personable, and NEVER dull.

Hessiafae’s blog: Aspienation is the musings of a woman concerning her dealings with Asperger’s syndrome, both in herself, and her husband, and also about other aspects of her life.  Asperger’s is now referenced by autism spectrum disorder.  I have a son with autism, so I appreciate her feedback, as well as thoughts on being an imporvished, but well-educated parent.

Rarasaur is a WordPress superstar, having been featured Freshly Pressed a number of times.  I am not sure how to sum up her awesomeness, but her contributions to geek culture is a nice start.

Consider the ways of SingingTuna: R is an old friend from the VOX blogging platform.

My kids are not yet teenagers, but C.C., a.k.a. Bizigal, has given me a lot of insight and wisdom concerning their special needs, especially in regards to their schooling.

I met Steph Rogers by way of a guest post at Rara’s blog, concerning Australian lingo.  She writes about parenthood, gay identity, and Catholic upbringing at her blog She Said What?  We have talked a lot about acceptance and people just being people: in regards to my own orientation (and my wife’s), we have experienced some of these issues, too.

Kenneth Justice is The Culture Monk.  He writes about Christianity from a perspective of social equality, compared to the perspective of harsh moral authority he has encountered.  He often notes that his musings are enhanced by a cup of coffee.  I have felt much freer to discuss religious issues at his blog– I have been reluctant previously as I have met so many that have been bitten by aforementioned attitudes of moral authority.

Christie Tate is Outlaw Mama and writes about her adventures in law school and in parenting.  I am sure there is a little bit of talk about her job now, but hey, I’m sure you all understand that moms like to talk about their kids.  As a dedicated disabled SAHD myself, that’s fine by me.  We’ve shared plenty a chuckle.

Humor really can come early in the morning.

Just in case someone doesn’t get it… no, we didn’t cook him up!

MRIs and X-rays
Ok, so we will see how they turn out.  Just listen if you want to know more about how it went.  Heh heh heh.

[Note: I first came across this printed out and taped to the door of the office of one of the music professors at the last university I attended.  I really had to search to find it, and in fact, couldn't find it again– had to stoop to that cesspool of a Runescape fansite forum to snag what I'd posted there.  Although I'm not a bass player yet, I dig this line Levin laid down, having been misfit as a tuba player instead.  –jak]

Beyond the Bass Clef:
The Life and Art of Bass Playing
by Tony Levin

In the beginning there was a bass. It was a Fender, probably a Precision, but it could have been a Jazz – nobody knows. Anyway, it was very old … definitely pre-C.B.S.

And God looked down upon it and saw that it was good. He saw that it was very good in fact, and couldn't be improved on at all (though men would later try.) And so He let it be and He created a man to play the bass.

And lo the man looked upon the bass, which was a beautiful 'sunburst' red, and he loved it. He played upon the open E string and the note rang through the earth and reverberated throughout the firmaments (thus reverb came to be.) And it was good. And God heard that it was good and He smiled at his handiwork.

Then in the course of time, the man came to slap upon the bass. And lo it was funky.

And God heard this funkiness and He said, "Go man, go." And it was good.

And more time passed, and, having little else to do, the man came to practice upon the bass. And lo, the man came to have upon him a great set of chops. And he did play faster and faster until the notes rippled like a breeze through the heavens.

Now the man heard the voice of God, but he was so excited about his new ability that he slapped upon the bass a blizzard of funky notes. And the heavens shook with the sound, and the Angels ran about in confusion. (Some of the Angels started to dance, but that's another story.)

And God heard this – how could He miss it – and lo He became Bugged. And He spoke to the man, and He said, "Listen man, if I wanted Jimi Hendrix I would have created the guitar. Stick to the bass parts."

And the man heard the voice of God, and he knew not to mess with it. But now he had upon him a passion for playing fast and high. The man took the frets off of the bass which God had created. And the man did slide his fingers upon the fretless fingerboard and play melodies high upon the neck. And, in his excitement, the man did forget the commandment of the Lord, and he played a frenzy of high melodies and blindingly fast licks. And the heavens rocked with the assault and the earth shook, rattled and rolled.

Now God's wrath was great. And His voice was thunder as He spoke to the man.

And He said, "O.K. for you, pal. You have not heeded My word. Lo, I shall create an soprano saxophone and it shall play higher than you can even think of."

"And from out of the chaos I shall bring forth the drums. And they shall play so many notes thine head shall ache, and I shall make you to always stand next to the drummer."

"You think you're loud? I shall create a stack of Marshall guitar amps to make thine ears bleed. And I shall send down upon the earth other instruments, and lo, they shall all be able to play higher and faster than the bass."

"And for all the days of man, your curse shall be this; that all the other musicians shall look to you, the bass player, for the low notes. And if you play too high or fast all the other musicians shall say "Wow" but really they shall hate it. And they shall tell you you're ready for your solo career, and find other bass players for their bands. And for all your days if you want to play your fancy licks you shall have to sneak them in like a thief in the night."

"And if you finally do get to play a solo, everyone shall leave the bandstand and go to the bar for a drink."

And it was so.

Etymology is a small hobby of mine.  Someone on one of the IRC channels I frequent was talking about Warren Zevon the other day, who was described as 'sardonic' in his songwriting perspective, and so I looked it up.  I found a gem in a related entry, on the same page.  This was a reference from the Online Etymology Dictionary entry for humor:

I'm still thinking about the social significance of the reference, but for something published in 1926, it seems to have relevance today.

Ganked from moira_ramsay from a post by hugh_mannity here at his LiveJournal concerning this: 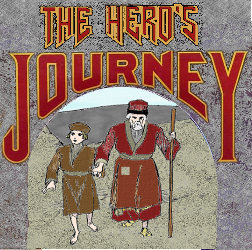