I didn’t really give a full post for the Zero to Hero Day 4 challenge, so I am coming back to it.

Now the assignment reads:  follow five new topics in the Reader, and begin finding blogs (and bloggers) you love.

I wanted to write a bit first about how I came to WordPress, and started following bloggers, and how that’s evolved since I’ve been here.

The largest LJ community to date is Oh No They Didn’t, which focuses on celebrity gossip and pop culture. Some things never change, apparently.

My time at LiveJournal was mostly tied to pretty specific communities.  There was the LARP group (the Camarilla) that introduced me, and then there was the online BBS community I had come from (Grex/cyberspace.org).

LiveJournal did have gathering spots called “communities”.  I guess they were precursors to what WordPress accomplishes with collaborative blogging features, but they were a little more like forums.  It was a mixed bag– as I posted earlier, one devoted to the Homestar Runner website brought me a stalker.

It was simple, it was short-lived, and sometimes, it was cliquish

VOX had a similar concept called “Groups”.  What is now jak & Cimmy’s Journal Jar was a VOX group Cimmorene started.

VOX didn’t have collaborative tools, but I did get introduced to the concept there.   The first blog I was invited to collaborate on was We Heart Music, and Vu had some HTML wizardry to distinguish all the writers.  My understanding is he’s still doing that at their new home on TypePad.  (TypePad does not have collaboration tools.)

TechsWrite was another blog I was invited to collaborate at during my time at VOX, until Michelle lost interest in it (and got very busy with work again) and turned it over to me.  Actually, the blog was one of hers that she turned into a collaborative project after a discussion we had.

When VOX closed on September 30th, 2010, many of us scrambled to find a place to keep our blog archives.  TypePad (another platform from the parent company) and WordPress were among our options.  I decided to export to both platforms, but decided WordPress was the better option in the long run.

Some looked to Google Reader, which didn’t last too long after that

This closing DID split a lot of our community, and some of us that flocked to WordPress looked to feed readers to keep touch with friends that had gone elsewhere.  This is one reason why I don’t like WordPress’s native Reader feature: it’s specific to WordPress.  There are other reasons, which I’ll save for another time.

Also, the Reader never has been a big source of new blogs for me.  I guess it’s maybe been a starting point, but it’s never quite been something I remember.

The Freshly Pressed spotlight has brought my attention to some blogs, but, it’s difficult for me to really connect in the scores of comments that can bring.  I’ve never been Freshly Pressed (and those scores of comments would probably freak me out– honest, I don’t like THAT much attention).  I’ve gotten a [this is good] spotlight at VOX– again, another story for another time. 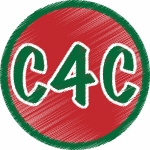 You remember this one, right? I heard it’s coming back for Valentine’s Day

What has really brought me into the community more is stuff like Come for Company (previously known as Company for Christmas), and haiku challenges at Rob’s Surf Report.  I reblogged To Madame Weebles. Love Garry Weinrib today as it introduced me to even more bloggers even now (I got to know Madame Weebles herself at C4C).  These resources just keep bringing more blogs to look at.

In a way, things have come full circle.  Some of these things have been like LiveJournal’s communities, and VOX’s Groups, and some things have been memes, sort of like the lemmings I knew at LiveJournal, and the memes I knew at VOX– but WordPress bloggers have done more with them.  They wrote more stories behind the answers, and engaged their readers just a little bit more.  5 Truths, 1 Lie prompted me to dig down into the archive and share some things with new readers.

Maybe I cheated a bit on this challenge– but honest, I’ve been exploring blogs a lot, pretty independently of it!